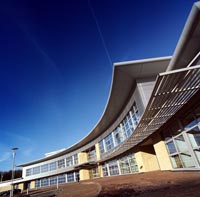 Researchers exploring the risk of overdose in patients prescribed opioid painkillers for chronic pain have strongly associated the risk with the prescribed dose.

A US-based team from the Group Health Research Institute in Seattle, including Dr Kate Dunn from Keele University in Staffordshire, studied nearly 10,000 patients who received multiple opioid prescriptions for common chronic pain conditions like back pain and osteoarthritis.

The study, published in the journal Annals of Internal Medicine, found that patients who received higher opioid doses were nine times more likely to overdose than were those receiving low doses. However, most of the overdoses occurred among patients receiving low to medium doses, because prescriptions at those levels were much more common.

More than eight million US adults — three per cent of all of them — are estimated to be using opioids long-term for chronic pain. The Centers for Disease Control and Prevention (CDC) recently reported that nearly 14,000 US deaths involved prescription opioids in 2006, more than triple the number in 1999. Between 1999 and 2006, nearly 65,000 drug overdose deaths in the United States were reported to involve opioid analgesics.

While prescribing habits are different in the UK, Dr Dunn, senior lecturer in epidemiology at the Arthritis Research Campaign National Primary Care Centre at Keele University, said that around 6.5 million people in the UK might have chronic pain and that 850,000 - about 1.7 per cent of the adult population - could be taking strong opioids for chronic pain, such as morphine sulphate tablets (MST). More than three million could be taking weak opioids, which include codeine.

“Some studies have indicated that fatal opioid overdoses occur most often among people abusing prescription drugs or obtaining them from non-medical sources,” said Dr Michael Von Korff, a senior investigator at Group Health Research Institute. “But our results suggest that many overdoses may occur among people using prescribed opioids.”

Dr Von Korff said that this research and the data reviewed cannot determine whether higher doses are a cause of overdose, but he noted that doctors should carefully evaluate and closely monitor patients using opioids long-term.

“Our findings are concerning and need to be studied in larger populations,” said Dr Dunn, the study’s first author.

Opioid overdose occurred at similar rates across all ages. The overdose events identified were not directly evaluated to assess all potential contributing factors, such as suicide attempts, opioids obtained from nonmedical sources, or accidental or intentional ingestion of more opioid than prescribed. Although suicide attempts and drug abuse were noted in only a minority of the overdoses in this study, opioid overdoses appeared to occur more often among patients with a history of depression or substance abuse, Dr. Dunn said. Depression tends to be common among chronic pain patients using opioids long-term.

The Arthritis Research Campaign National Primary Care Centre at Keele University conducts high quality research in the primary care setting that is of relevance to the NHS and its patients, and contributes to developing the culture of research within primary care. We aim to ensure that our research informs clinical decision-making and improvements in health and establish more effective primary care management of common painful conditions.
The Centre is built on a dynamic partnership of a multi-disciplinary academic team based at the university and Primary Care clinicians (GPs, therapists and nurses) from the North Staffordshire Primary Care Consortium and North Staffordshire and Cheshire GP Research Network . This partnership integrates a strong academic infrastructure with health service support, which underpins the development and the conduct of our patient-based research.