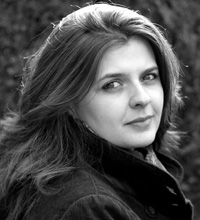 A Keele University lecturer has released a book promoting new Ugandan writers and their work.

Butterfly Dreams and other new short stories from Uganda is the third in CCC Press’s series of World Englishes Literature Fiction, which aims to promote emerging writers unknown in the West. 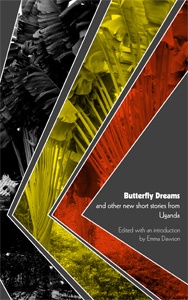 Edited and introduced by Keele University’s Dr Emma Dawson, Butterfly Dreams and other new short stories from Uganda was published on August 1 and launched at Uganda House in London, supported by deputy high commissioner and Keele graduate Mumtaz Kassam.

Dr Dawson visited Uganda to meet the writers who had submitted their work where she was warmly received by the Kampala-based writing group FEMRITE.

The eight stories in the collection tackle themes including love, sadness, humour, war and weddings. The writers include Princess Ikatekit, Jackee Budesta Batanda and Kelvin Odoobo.

Dr Dawson said: “I was really well received on my trip to Uganda and enjoyed meeting all the writers during my time there. Ugandan Anglophone writing has been deeply supported by FEMRITE, a mainly female-run organisation since the mid-1990s, and I'm happy to say that some of the FEMRITE members feature in this volume alongside three male voices, all of which tell new stories in wonderful new ways.”

She is currently editing anthologies of short stories from Kenya, Malaysia and India to be published later this year and in 2011 as part of the same series. Her work can be viewed at: www.beyondthepostcolonial.com

* Butterfly Dreams and other new short stories from Uganda, edited with an introduction by Emma Dawson, is published by CCC Press, priced £9.99.