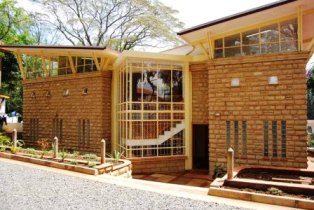 The British Institute in Eastern Africa

A Keele University academic has been named as the first female director of a prestigious African research institute.

Dr Ambreena Manji, a Reader in Keele’s School of Law, is also the first lawyer to be made director of the British Institute in Eastern Africa, a British Academy School based in Nairobi, Kenya.

The Institute, which was founded in 1959, promotes humanities and social science research across the whole of the eastern African region.

During her two-year secondment, Dr Manji will be researching the history of African legal education and in particular Britain’s role in the founding of African law schools in the immediate post-independence period. She also plans to continue to write on African land issues and to carry out empirical work on women’s experiences of new property and mortgage laws in Tanzania, Uganda and Kenya.

Dr Manji, who has carried out extensive fieldwork in the region, said: “It is exciting to be the first lawyer and first woman to be appointed to this position. I am looking forward to returning to East Africa and to continuing to write on the important legal, political and economic issues facing the region.”

Keele’s deputy vice-chancellor Rama Thirunamachandran said:  “This is a fantastic achievement by Dr Manji and recognition of her international standing.  East Africa is undergoing a period of unprecedented change and Dr Manji’s appointment will provide important opportunities for educational collaborations with East African countries.”