After every outbreak of rioting in the UK, the government responds in exactly the same way. Previous riots, they say, may have had social and political causes – deprivation, inequality, racism – but this time, these riots are an exception. They demonstrate no more than the inherently violent nature of the rioters.

Such “explanations” take three forms. One is that rioters are mad; ordinarily decent people lose their rationality in the crowd, succumb to the seductions of the mob and mindlessly mimic the violence of others. Two, the rioters are bad; criminals and other “riff-raff” come together in riots to vent their rage against society. Three is an amalgam of the first two: the bad leading the mad – malcontent agitators taking advantage of a gullible mass in order to create mayhem.

This selective denial of social causes was certainly apparent after the 2011 riots. As Lord Scarman showed, the riots of the 1980s were rooted in the racism of the police and other institutions. But what happened in Tottenham and elsewhere in 2011, we were told, was mindless. It was copycat rioting.

It was, as David Cameron asserted in parliament, “criminality pure and simple”. It was orchestrated by violent gangs. Cameron was so confident that he refused calls for a commission to investigate causes and recommend solutions – even though 2011 was arguably the greatest outbreak of disorder in London since the 18th century.

But our recent report – a summary of a three-year research project into London’s 2011 riots – challenges that prevailing government view and provides radical lessons for our understanding of why riots occur and how we should respond when they do.

You can certainly see the attraction of such explanations. They deny all responsibility for social disorder by the government, its policies and agencies – when the first responsibility of all governments is to secure the social order. In retrospect, their inadequacy may become plain to see, but by then it is too late to hold to account those implicated, or address the underlying causes of riots. Which, all too often, condemns us to repeat our failures and for history to repeat itself.

And since 2011, it has become abundantly clear that the “mad”, “bad” and “bad leading the mad” accounts are, as ever, inadequate. The notion of “copycat riots” cannot explain either where rioting happened or the forms it took – after all, most of us saw the riots on TV, but few went out and rioted as a result. The importance of gangs, trumpeted early on by the government, was quickly refuted and no more was heard about it. And as for criminality, its significance was massively inflated by the fact that the police were best able to arrest those already known to them.

So why did the riots happen? There is no “pure and simple” explanation of such complex phenomena. We need to understand the broad social, political and economic context, the history between groups and the events that led up to the outbreak of unrest.

To start with the broad social context, there is compelling evidence that recession breeds riots, especially when it’s seen to hit the most vulnerable hardest. That is certainly true post-2008 when bankers were seen to get off scot-free while the poor lost their services and benefits through austerity. A sense of injustice prevailed.

But it isn’t enough to talk in generalities. We must explore how recession affected people’s everyday lives. As jobs went, educational maintenance was slashed and youth centres closed. Those in precarious positions – black and poor people in particular – were increasingly found on the streets. They were seen as a danger. They were stopped and searched more by the police. Such encounters were experienced as humiliating and led to simmering anger. An abstract sense of injustice took concrete form. The “other” acquired a face – the police.

And then came the events before the riots. Something occurred that seemed to encapsulate the collective sense of antagonism towards the police. Tottenham man Mark Duggan was shot and killed by police, and afterwards, misinformation spread that he had fired first. His family urged restraint in the community while seeking answers from the police, but they failed to respond. The family organised a protest at Tottenham police station but still no senior officers came forward to engage. Crowds assembled. The family departed. The only voices left were those of outrage. The riots began. 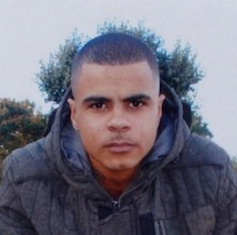 Mark Duggan, whose death at the hands of the police, sparked the 2011 London riots.

In many ways, the situation is worse now that it was eight years ago. Despite the declaration that austerity is over, benefits continue to be cut. Stop and search is still going on (even though a College of Policing report shows that it is ineffective in reducing crime) and now falls even more unequally upon black people.

In other words, the same problems that historically lie at the root of rioting in the UK remain unaddressed. Much depends upon the immediate ways that the police relate to local communities. All it would require for more rioting to kick off is another Duggan-like incident and failure to engage with people genuinely seeking answers.

If more riots occur, we must learn from the mistakes of 2011 (and the 1980s). It is no good acknowledging the social and political causes of the fire last time while declaring the present an exception. There are no exceptions. We must fully investigate and then, as a priority, address the broader roots of the fire this time. Because if we don’t, there will be a fire next time.

Visit the School of Psychology