The EU referendum: a matter of who to trust 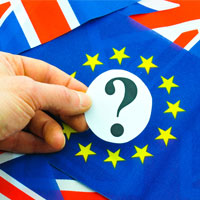 In Britain, the EU is frequently viewed as an economic union that governs the exchange of commodities. But it is not that simple: the EU is a social contract between countries that has legal qualities and can affect the social fabric of each country and the relationships between them.

In my own research, I have developed an approach to issues of trust. This suggests that trust is composed of three factors: reliability (keeping promises or word), honesty (telling the truth) and the emotional (keeping secrets). Trust between individuals is typically reciprocal, which results in a common social history.

Why should we cooperate?

It’s possible to use two analogies through which to view the trust issues at the heart of the EU referendum. The first is one of a social dilemma, such as the prisoner’s dilemma. In this scenario, individuals can either (a) make choices which modestly benefit themselves and their opponents or (b) make selfish choices which mainly benefit them at the expense of their opponents. In cases where positive benefits for participants are secured, this is normally the result of promised cooperation which is reciprocated all round.

Looking at Brexit through this lens, if the UK votes to leave the EU, then Britain will violate its promise to cooperate with EU countries for a common good. This would have the effect of undermining trust – in terms of reliability – between Britain and the other EU countries. Because trust is reciprocal, EU countries would be unlikely to show such trust in Britain which could result in a downward spiral.

So, if the UK votes to leave the EU, the result will be a real breakdown in trust between the two parties. When trust is broken, it is not quickly regained.

The second model is that of a marital relationship with the EU akin to a marriage in which the partners are linked both emotionally and economically. The success of a marriage depends on establishing and maintaining trust between the partners including keeping promises, staying honest and maintaining confidentiality. To the extent that the EU resembles marriage, and a possible Brexit resembles divorce, then Brexit will result in violations of trust between Britain and the rest of the EU. Again, the breakdown in trust may not be easily rectified.

Both sides in the EU referendum campaign are actively promoting their view and devaluing the views of their opponents: turning to personal denigration and allegations of deception. The public is most commonly exposed to these kinds of debates and controversies during elections – but this is not an election.

According to what’s called social identity theory, people typically view their political party as an “in-group” and opposing parties as “out-groups”. They can view personal attacks and allegations of deception by the opposing parties (particularly during elections) as actions of the outgroup and so dismiss them.

In the referendum, the pro-EU and pro-Brexit camps do not fall neatly along party lines – so the personal attacks and accusations cannot be so easily dismissed. As a consequence, peoples' trust in politicians can suffer drastically.

A lot at stake

All this only serves to undermine trust in the government and other officials in Britain. Research suggests that when trust in government and its officials decline, then individuals’ involvement in the political process does too – at least in given segments of UK voters. When trust is depressed, then people are less inclined to contribute to their communities and are broadly inclined to socially withdraw and be aggressive.

Trust in their politicians, among other leaders, permits people to forecast the future, helping them ensure a predictable social and economic environment.

Those in favour of remaining in the UK argue that Brexit will “result in years of uncertainty and potential economic disruption”. Proponents of Brexit have argued that “migration from the EU will rise to 428,000 per annum by 2030”. So, considering how close the EU referendum is likely to be, it’s possible that after the vote, nearly half of those who voted will believe that the economy will either fail or that EU migrants will descend upon Britain without control.

When the EU referendum is done and dusted, it may lead to a downward spiral of social and economic relations for many years to come – both within the UK and between it and its EU neighbours.