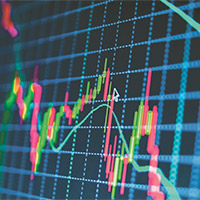 Professor Richard Riley, Professor of Biostatistics at Keele University, will give the next lecture in Keele's programme of Inaugural Professorial Lectures 2015-16, on Tuesday, 12 April, 2016, in the Westminster Theatre, Chancellor's Building, on the University campus. The title of his lecture is 'Evidence-based or evidence-biased medicine? Improving meta-analysis results for clinicians and patients'.

Medical decisions (such as the choice of treatment for a particular patient) should be based on all the available research evidence. Meta-analysis methods are crucial for this purpose, as they combine statistical results from multiple related studies to summarise their findings. This should lead to clear recommendations, for example, regarding the best treatment to use in particular situations. Unfortunately, existing research studies are often poorly reported, such that they omit (sometimes deliberately) the statistical results needed for meta-analysis.

Richard Riley is a Professor of Biostatistics at Keele University, within the Research Institute for Primary Care and Health Sciences, having previously held academic posts at the universities of Birmingham, Liverpool and Leicester. He specialises in the development of meta-analysis methods to inform medical decisions, especially in regard prognosis and risk prediction. He is also a Statistics Editor for the BMJ.