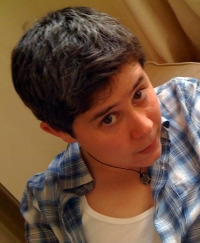 Dr Rosie Harding of Keele Law School has been awarded the Hart-SLSA Book Prize and Prize for Early Career Academics 2011.  The prize, for the most outstanding piece of socio-legal scholarship published in the last 12 months was awarded for her book, Regulating Sexuality: Legal consciousness in lesbian and gay lives (Routledge, 2010).

Regulating Sexuality explores the impact that recent seismic shifts in the legal landscape have had for lesbians and gay men. The last decade has been a time of extensive change in the legal regulation of lesbian and gay lives in Britain, Canada and the US. Almost every area where the law impacts on sexuality has been reformed or modified. These legal developments combine to create a new, uncharted terrain for lesbians and gay men. And, through an analysis of their attitudes, views and experiences, this book explores the effects of these developments. Drawing on, and developing, the concept of ‘legal consciousness’, Regulating Sexuality focuses on four different ‘texts’: qualitative responses to a large-scale online survey of lesbians’ and gay men’s views about the legal recognition of same-sex relationships; published auto/biographical narratives about being and becoming a lesbian or gay parent; semi-structured, in-depth, interviews with lesbians and gay men about relationship recognition, parenting, discrimination and equality; and fictional utopian texts. In this study of the interaction between law and society in social justice movements, Rosie Harding interweaves insights from the new legal pluralism with legal consciousness studies to present a rich and nuanced exploration of the contemporary regulation of sexuality.

More information on the book can be found on the Routledge website [http://www.routledge.com/books/details/9780415574389/ ] and more information about the prize is available on the SLSA website http://www.slsa.ac.uk