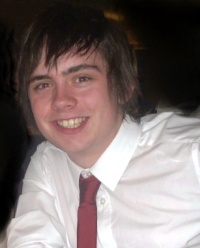 A Keele University undergraduate has been honoured for his dedication to a student listening service.

Matt Bedding, who is in his final year studying sociology and criminology, was presented with a lifetime achievement award by the Nightline Association – a confidential listening, support and information service, run by students for students – for his hard work at a local and national level.

The 21-year-old joined Keele Nightline in his first year at the University and has held several posts, including welfare, social and policy officer and external coordinator.

During the past year he has been responsible for promoting the service to Keele students and staff, establishing strong relationships to ensure Nightline’s continued success.

He has run numerous awareness-raising campaigns, including the launch of the new online listening service, for which he secured funding from the University.

Matt is also the regional coordinator for the national Nightline Association, line-managing eight regional representatives, and has recently been elected national non-portfolio officer. He has also been elected as the next Vice-President (Welfare) of Keele University Students’ Union.

“He is a true asset to the national Nightline Association, having taken the position of regional coordinator part way through the year due to a resignation. His effort with the regional representatives has led to an increase in engagement from Nightlines. This will stand the team in excellent stead to continue their development over the next year.

“We are looking forward to working with Matt as an executive non-portfolio officer next year. He has unbounded enthusiasm and we are honoured to be working with him again.”

Matt, who comes from Wethersfield in Essex, said: “I am so honoured to have received this award. Keele Nightline has been an integral part of my University experience and ultimately shaped my ambitions within the welfare provision at Keele. I have put so much work into Keele Nightline and am so proud of what I have achieved in the past three years. I cannot wait to stay involved.”