About three quarters of all mental illnesses are exhibited by the mid-20s, leading to severe disability in youth. Globally, among the 1·8 billion young people aged 10–24 years, nearly 90% live in low- and middle-income (LAMI) countries. Therefore, early intervention for psychiatric disorders in the young population is key to good global mental health, but sadly, this is neglected in both high- and low-income countries. One example is the long period of illness before any treatment can be started for psychosis, a severe form of mental illness generally arising in the early 20s. This period is called the duration of untreated psychosis (DUP), which our studies revealed to be over 2 years in LAMI countries, almost twice as long as in high-income countries. Such a long DUP is associated with worse outcomes, including higher mortality. We also showed that this long DUP is probably related to poverty and lack of access to treatment, as the period decreased by about 6 weeks with every increase 1,000-dollar in gross domestic product (GDP) in LAMI countries.

With over two decades of research and clinical experience in both high- and low-income countries, I will explore how a public health approach can help improve the health and well-being in the young. I will also explore the challenges to and opportunities for improving youth mental health and the ways of improving resilience, suggested by our studies of traumatised populations, and access to effective interventions for youth mental health. 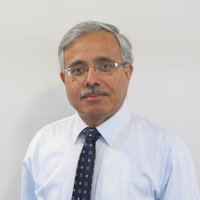 Professor Saeed Farooq has gained an international reputation for his research and service development in resource-poor settings. He has a unique perspective on global mental health from his experience of working in both the NHS and UK academia, as well as with disadvantaged communities in Pakistan for over a decade. He also worked with a team that led the development and evaluation of a brief psychological intervention for use in a humanitarian crisis, which has now been adopted by the WHO for use in similar crises worldwide. He has had over 170 papers published in international peer-reviewed scientific journals and been a member of the editorial boards of five peer-reviewed journals. Prof. Farooq produced significant evidence on the duration of untreated psychosis (DUP) in low- and middle-income countries and its relationship to gross domestic product, as well as early intervention in psychosis and low-intensity psychological interventions for mental disorders. He was a member of the working group on the classification of psychotic disorders for International Classification of Diseases, 11th Revision (ICD-11).