History of women in medicine

Medicine has traditionally been a male-dominated field. Historically this has been based upon direct discrimination with society placing significant barriers to women practicing medicine through restricting access to university training and membership of professional bodies. Whilst the establishment of the first medical schools for training women at the end of the 19th century presented the possibility of women to enter the medical professions, those pioneers such as Elizabeth Garrett-Anderson and Sophia Jex-Blake often faced harassment from their fellow male students and barriers to their entry to further clinical training. However from reports of maltreatment, a change in public opinion emerged which began to change their treatment - including amongst their male counterparts.

The shortage of male medical staff gave women greater access to medical experience around the First World War. However the gains were short-lived and after the war most women reverted back to auxiliary healthcare positions.  Women’s roles in the war effort did however successfully change public perception of the roles women could play in society, and alterations in social acceptance, government policy and wider recognition of women’s rights in law, women began to have greater access to medical training. However male students significantly outnumbered their female counterparts and women still faced discrimination in the workplace.

It wasn’t until the 1970s after the introduction of the Sex Discrimination Act and formal changes in medical admissions to ensure decisions were based upon exam results that female numbers start to significantly start to move towards gender parity.

This brief history of women in medicine demonstrates a few key features: 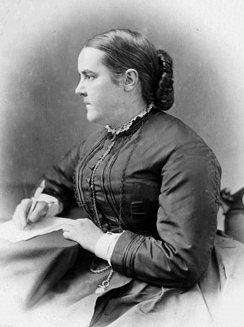