This display commemorates the 100th anniversary of the birth of Wilfred Alan Bloor (1915-1993). Born and bred in North Staffordshire, Bloor became a principal scientific officer of the British Ceramic Research Association, spending much of his working life researching the effects of dust in the pottery industry. An interest in different dialects, and particularly that of North Staffordshire, led to his creation of the character Jabez. Under the pseudonym A. Scott, Bloor wrote over 400 Jabez tales in North Staffordshire dialect for the local Sentinel newspaper between 1968 and 1993.

Many of the Jabez stories are based on reminiscences of Wilfred Bloor’s early life, and that of friends and relatives, in the village of Scot Hay (hence the pseudonym Scott, A.) The tales provide a unique insight into life in a North Staffordshire mining village during the interwar period. 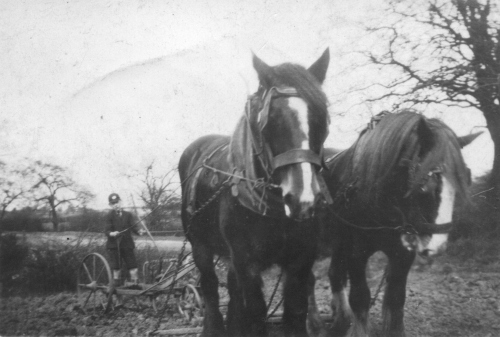 ‌Wilfred as a boy with farm horses in Scot Hay

Jabez
The Jabez character is a countryman living in the shadows of the industrial Potteries. Bloor describes him as “sturdily built…a face best described as craggy, eyebrows…distinctly bushy” and wearing “trousers…tied just below the knees with string”. From this physical description, Sentinel artist W. Walker produced this drawing of Jabez. 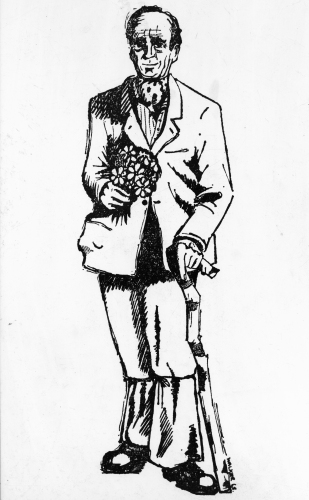 North Staffordshire Dialect
Many have tried and failed to write in the North Staffordshire dialect, but Bloor writes in a way the native reader finds effortless, telling tales full of life and humour. On the written page the dialect has the appearance of an arcane language, with mangled vowel sounds and harsh consonants rendering it incomprehensible to many. Arnold Bennett was only too aware of this and used dialect sparingly in his Five Towns novels.

Th’owd Cottage
From 1873, Charles and Jane Rogerson held twice weekly Methodist services in their humble cottage in Scot Hay. The regular gatherings continued up until the opening of the newly built Hill Top chapel in 1876. Wilfred Bloor would later become organist at Hill Top Methodist. 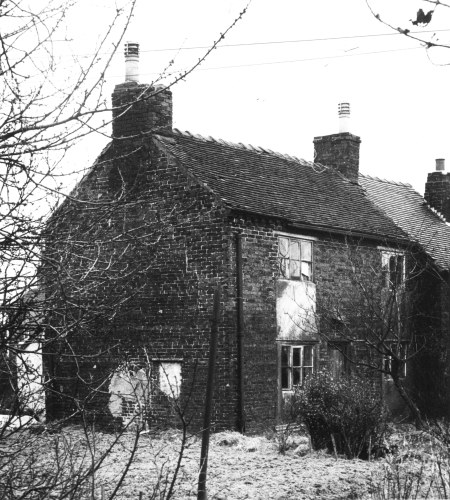 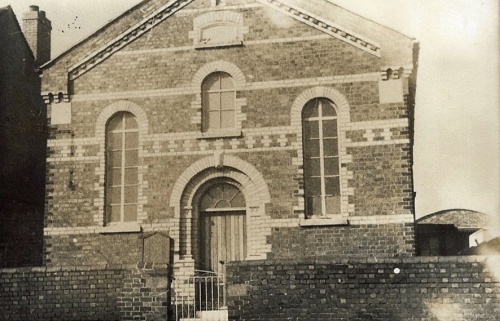 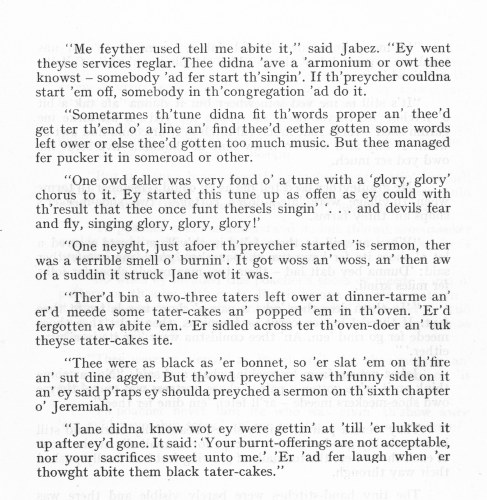 Th’ Coal Harvest
During the coal strike of 1926 the villagers of Scot Hay collected waste coal from local colliery dirt tips and even from shallow coal seams in nearby woodland, covertly sinking shafts amongst the trees. 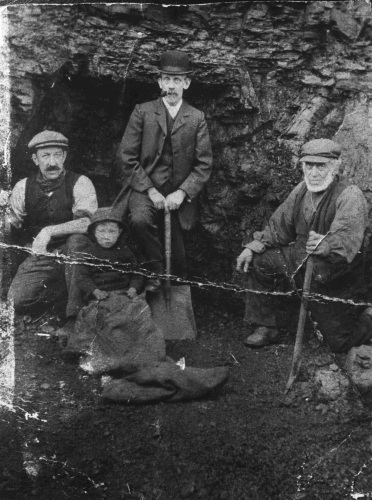 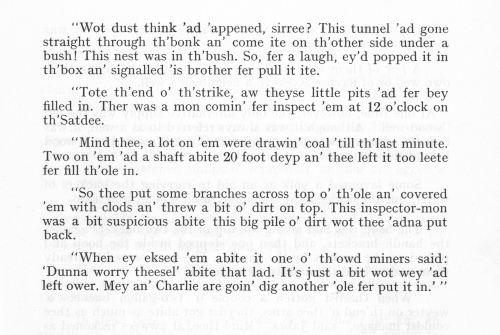 Messin’ abite in weyter
In his youth, Wilfred Bloor enjoyed playing in and around the ponds near Scot Hay, bathing, sliding and catching “jack-sharps” with a worm on a piece of string. The ponds were no more than two or three feet deep and have since silted up, been filled in, or become overgrown. 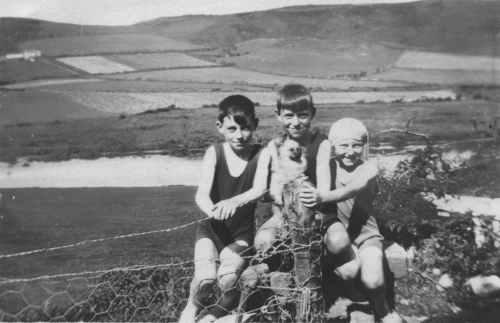 The newly published 'Centenary Compendium of the Jabez Stories' can be purchased online at jabezbook.co.uk.