This display marks the 130th anniversary of the birth of Hulme. The selected items are reproduced from original material held in our T E Hulme archive, donated to the University by the widow of Hulme biographer Michael Roberts, with further papers gifted in 2010 by Robert Ferguson. To access the T E Hulme Papers, or to request permission to reproduce material, please contact the Archives, email: h.burton@keele.ac.uk or tel: +44 (0)1782 733237.

Thomas Ernest Hulme was a poet, philosopher, literary critic and journalist, born at Gratton Hall (near Endon) in North Staffordshire on 16th September 1883. 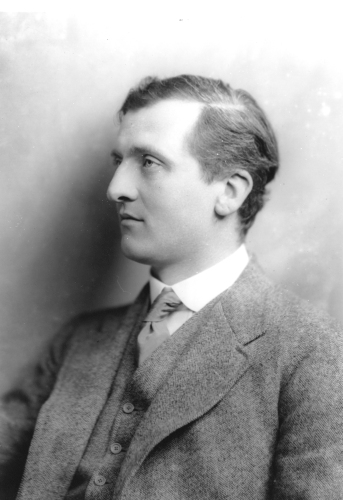 Hulme was born into a moderately prosperous family who owned a ceramic transfer business in the Potteries. He attended Newcastle under Lyme School for boys and went on to study maths and philosophy at Cambridge, though he failed to take a degree after twice being sent down for misdemeanours.

Hulme’s exuberant behaviour at the theatre one evening contributed to his being sent down from Cambridge for the first time. 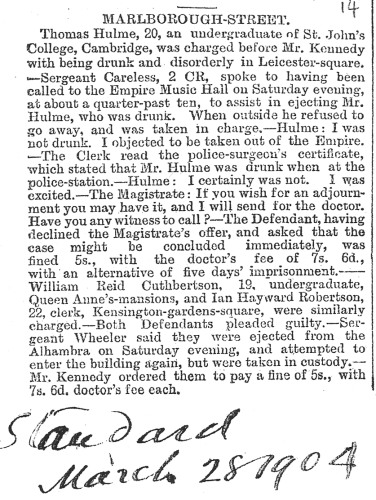 HULF 2a Report from the London Standard 28th March 1904

After an unsatisfactory spell at University College London, Hulme expanded his philosophical explorations by working and studying in Canada and Brussels in 1906 and 1907. He met with Henri Bergson and introduced Bergson’s philosophical work to English-speaking literary societies through his translations from the French. It was also around this time that Hulme made his Notes on Language and Style, a scrapbook of ideas and fragmentary jottings now held in our Archives. 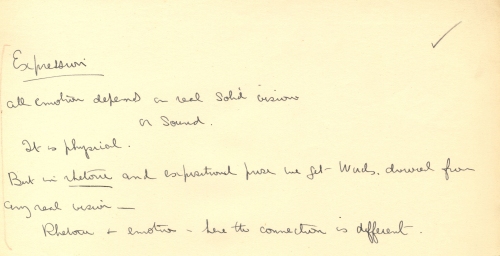 HUL19 Extract from Hulme’s Notes on Language and Style

Upon returning to England, Hulme took a room in Chelsea and began to write poetry. He was disaffected with the rigidity of traditional English verse and sought to modernise it, the concept of 'image' being at the root of his thought. In 1908 he joined the Poets’ Club, headed by Henry Simpson and Henry Newbolt,where he presented the mandate of the Imagist movement in the form of his Lecture on Modern Poetry. 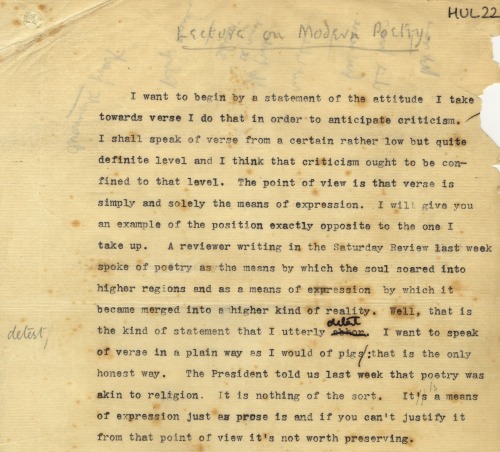 At the end of the year, the Poets’ Club published a booklet of verse called For Christmas, MDCCCCVIII. It features one of the first Imagist poems, by T.E. Hulme, called Autumn. 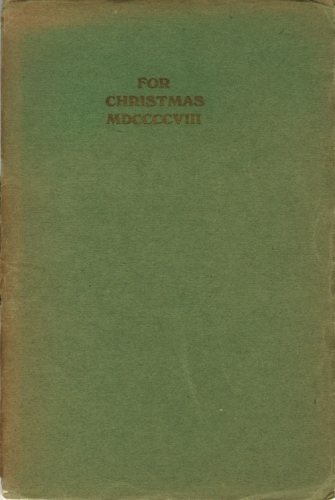 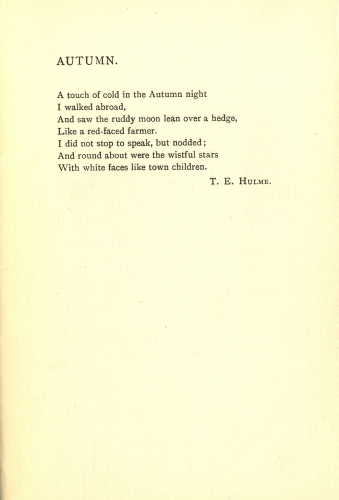 HUL 18 For Christmas, MDCCCCVIII with Autumn by T E Hulme

He later spent time in Berlin studying aesthetics and developed a passionate interest in new art, particularly the work of Jacob Epstein, Wyndham Lewis, Henri Gaudier-Brzeska and David Bomberg. T E Hulme was one of the first English critics to write about modern art.

Meetings moved to Soho’s Frith Street salon and were populated by an explosive mix of writers and artists. The impending world war was a topic frequently addressed and Hulme argued against a pacifist response to the rise of German militarism. He entered military service in August 1914, joining the Honourable Artillery Company before being appointed to a commission with the Royal Marine Artillery. Under the nom de guerre of ‘North Staffs’, Hulme contributed Military Notes to the New Age and the Cambridge Magazine.

In May 1917, Hulme was sent to the Royal Naval Siege guns on the Belgian coast. The fighting intensified and he was killed by a German shell at Nieuport on 28th September 1917, having just turned 34. 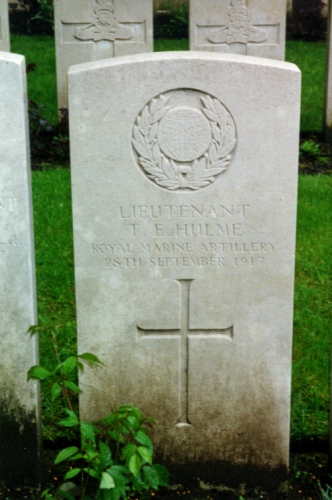 The first full-length study of Hulme’s thought was initiated by Faber and Faber in 1936. As editor of the publishing house, T S Eliot offered the task to the poet Michael Roberts. As part of his research on Hulme, Michael Roberts wrote to Ezra Pound and the replies survive in the Archives. 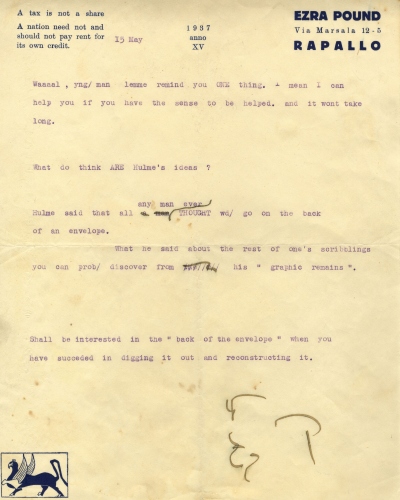 At the time of his death, Hulme had published no book and was known only to a small circle of artists and intellectuals. Had his life not been cut so short, his contribution would have been more obvious. Even so, Hulme had an indisputable influence in shaping twentieth century thought in art and literature and the modest amount of poetry he wrote greatly influenced other poets of the time.