The material reproduced here is held in the Library’s Special Collections and Archives. To arrange to consult material from the Archives, or to make an enquiry, please email: h.burton@keele.ac.uk or tel: +44 (0)1782 733237. Thanks to Becky Boakes, Sarah Carter, Chloe Kelly and Karen Sumner for their help putting together this display.

In the twelfth century, Henry II granted the Manor of Keele to the Knights Templar. Later, the Manor passed into the possession of the Knights Hospitallers. After confiscation during the reformation, Henry VIII sold the Manor to Sir William Sneyd of Bradwell in 1544. By 1581, Ralph Sneyd (Sir William’s son and heir) had built the first Keele Hall. 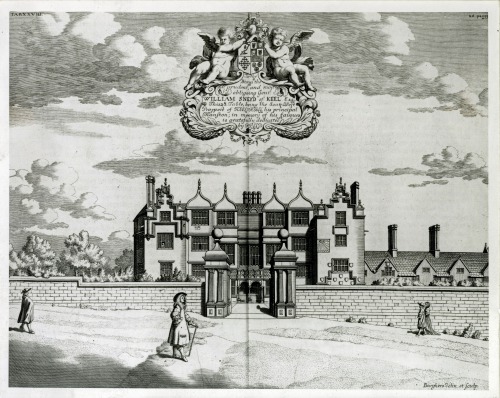 This depiction of the hall is from the 1686 engraving by Michael Burghers, published in Robert Plot’s The natural history of Staffordshire (Oxford, 1686). 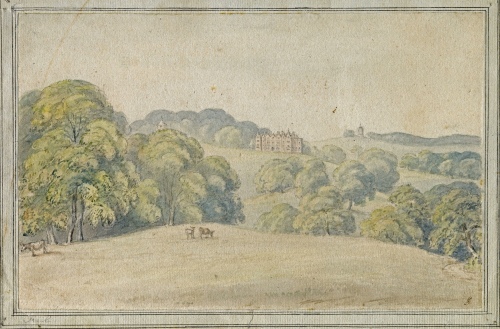 In 1723, a summer-house was built on the highest point of the estate, where it stood for just over a century. A watercolour of 1790 by Archdeacon John Gooch shows the pavilion on the hill-top where the observatory now stands. 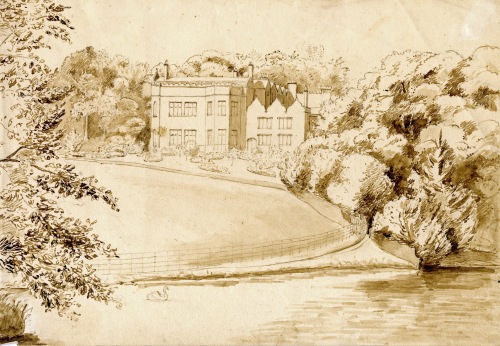 This drawing c1828 shows the south-east front of Keele Hall before extensive re-landscaping was undertaken. 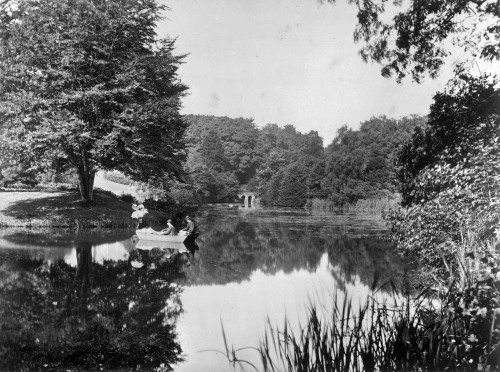 Ralph Sneyd (1793-1870) inherited the estate in 1829 upon the death of his father, Col. Walter Sneyd. Immediately, Ralph launched an extensive landscaping campaign. The top two lakes were made into one large lake, with a viaduct built across the head, as seen in this photograph of 1890. 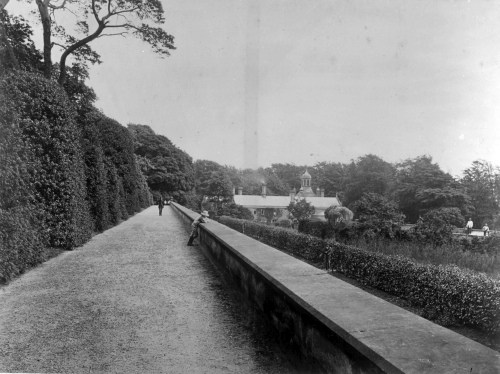 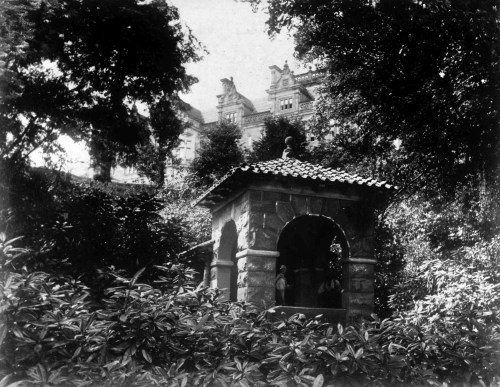 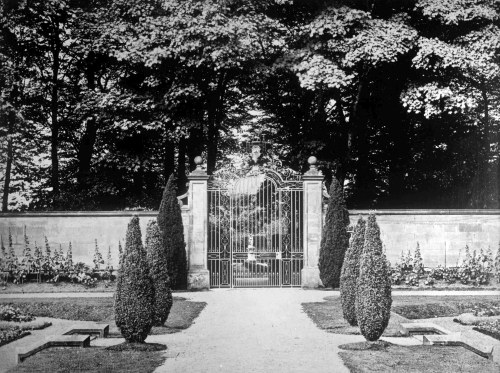 In the mid-nineteenth century, much of the present woodland was planted, as well as the holly hedge, the white well and the Italian garden. 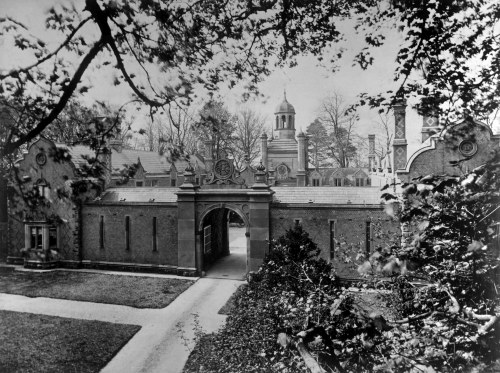 The Clock House was built in the 1830s to the designs of Edward Blore. As well as stables, the Clock House included residences for the coachman and head gardener - shown here with his family, c1870. 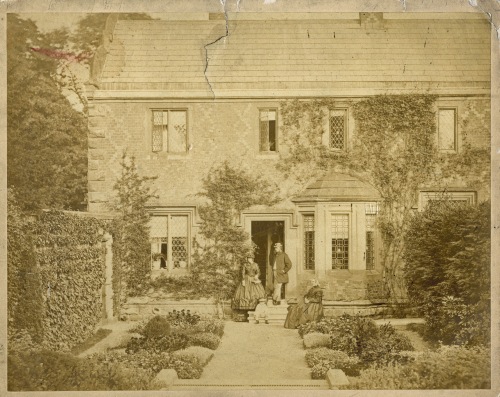 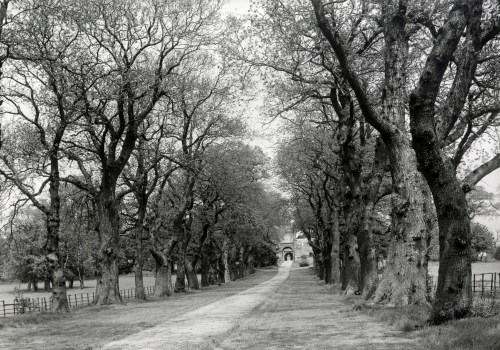 In 1832 an avenue of Sweet Chestnuts were planted from the stables down to Butterton. 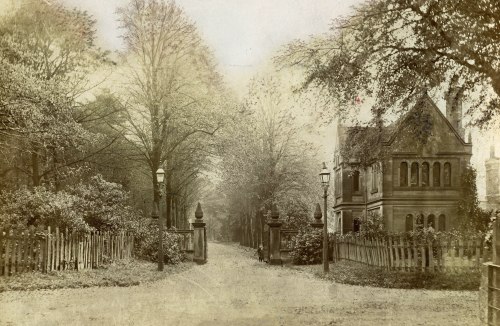 Drive Lodge was built in 1833, then the entrance to the park from Keele village. 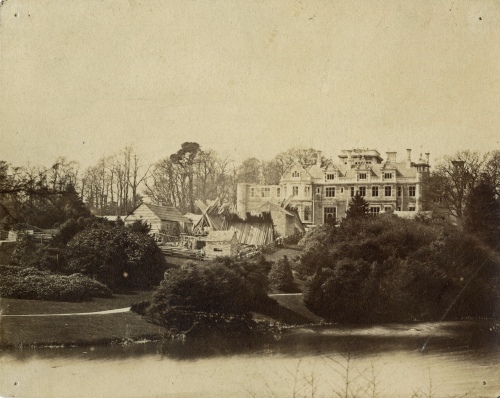 In 1855, when landscaping was complete, work began on rebuilding Keele Hall. This photograph shows work in progress in 1857.

During the Second World War, Keele Hall and the estate were occupied by troops. The military authorities left behind almost 100 huts and 2 large triple NAAFI units. In 1949, Stoke Corporation purchased the Hall, Clock House, lodges and 154 acres of land from Col. Ralph Sneyd (1863-1949) and the University College of North Staffordshire was established. About 80 of the huts were reconditioned as University College student residences, whilst parts of the NAAFI units became the Students’ Union, Refectory and Chapel. 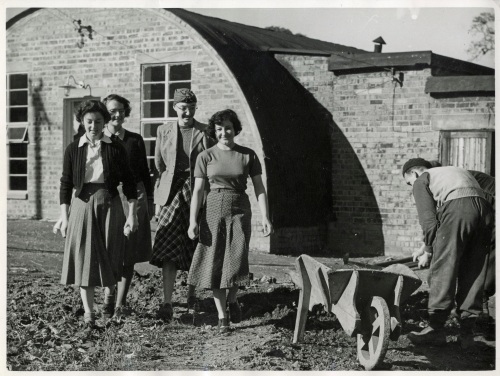 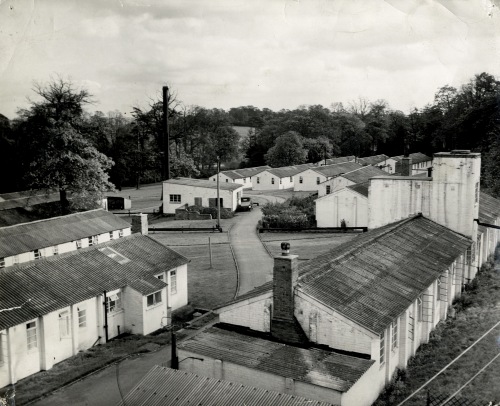 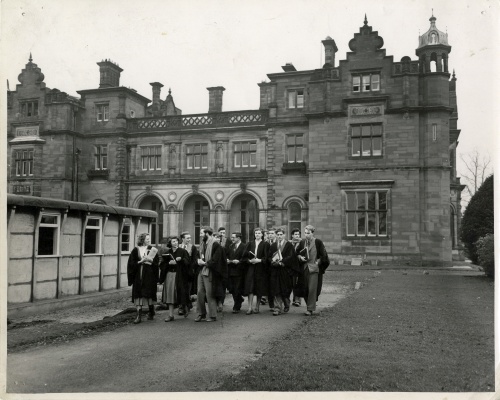 The huts on the south side of Keele Hall initially served as part Library, part Architect’s Department and a temporary Geology Department. 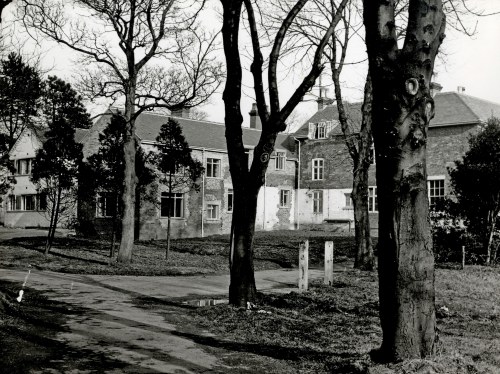 In 1951 the College purchased the Hawthorns in Keele village and created student accommodation. 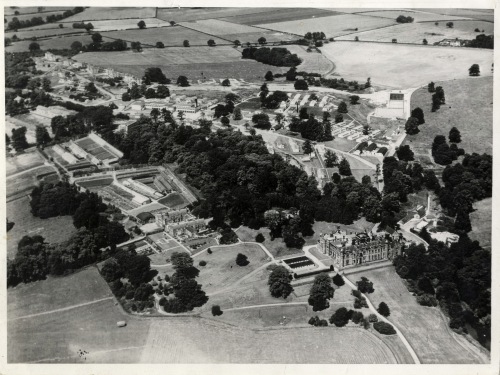 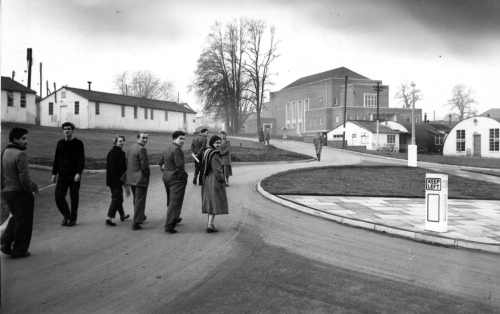 By 1957, the campus was rapidly growing a collection of buildings. To cope with the increase in traffic, improvements were made to Newcastle Drive and the roundabout.

The Univeristy and Science and Business Park

The granting of University status in 1962 coincided with a period of rapid expansion. The Students’ Union, Library and Chapel were all built in the early 1960s, creating a focal point at the centre of the campus. 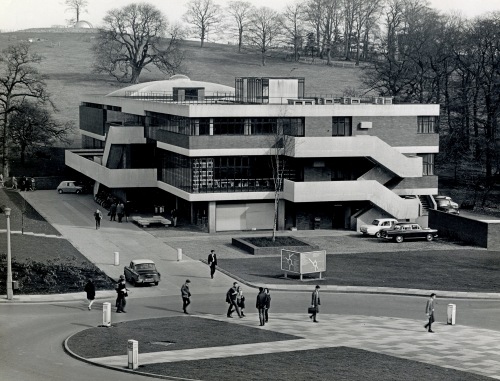 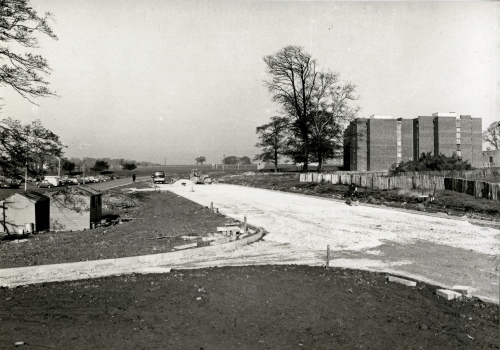 There followed a need to divert traffic away from the centre of the campus and so the ring road was built in stages between 1969 and 1973. 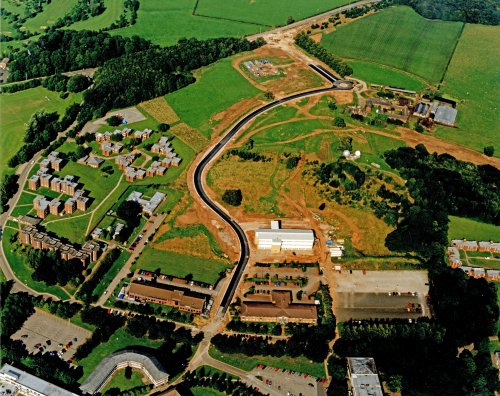 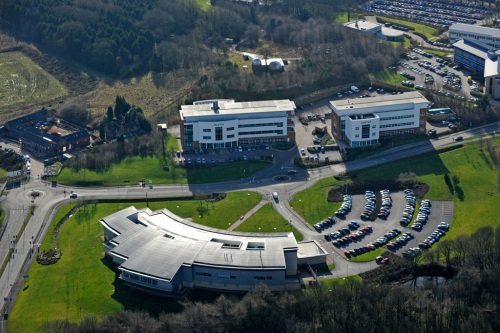 Keele’s Home Farm site was released from Green Belt restriction in 1994, allowing for the development of a Science and Business Park. The new entrance road was completed in 1999 and the Medical School opened in 2007. The campus now spans more than 600 acres.