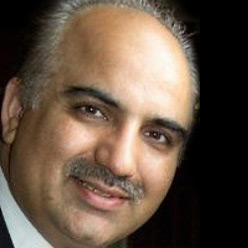 Keele alumnus Mirza Ahmad was Called to the Bar in 1984 and he became Chairman of the Bar Association for Local Government & the Public Service in April 1998.

He is a member of the General Council of the Bar for England & Wales and, from October 2004 – January 2009, he was the Association of Council Secretaries & Solicitor’s Lead Officer on Ethical Governance. In Nov. 2006, he was also elected as a Vice-President for ACSeS and he became President in Nov. 2009.

Mirza joined Birmingham City Council, in June 2000, as Chief Legal Officer of the largest local authority in the UK, and possibly Europe. He had corporate leadership of the Department of Governance (which includes over 800 staff dealing with Legal, Democratic, Regulatory, Elections and Information Management Services).