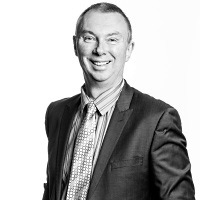 Leading motor transport lawyer Anton Balkitis began his legal training at Keele University, completing a BA joint honours degree in Law and Politics in 1984. He then took the Solicitor’s Final Exam (now the Legal Practice Course or LPC) at the College of Law, Chancery Lane, London.

Anton trained as a solicitor in Nottinghamshire before joining Rotheras Solicitors in 1989. He became a partner at Rotheras in 1992. In 1998 Rotheras merged with Dowsons Solicitors and Anton become Head of the Road Transport Law department. In 2016, Rothera Dowson merged with another respected firm, Sharp, Young & Pearce, to become Rothera Sharp Solicitors.

Today, he is Head of Road Regulatory and Transport Law and remains a partner at Rothera Sharp, where his reputation has been built on providing legal advice and advocacy to professional drivers, commercial operators of fleets of goods and passenger services vehicles, as well as private motorists facing prosecution.

Anton primarily represents clients in the Magistrates’ Courts and has visited nearly all courts in England & Wales over the last twenty years. He also regularly appears at Traffic Commissioners’ public inquiries and in tribunals and at coroners’ inquests. He handles DVSA investigations and all aspects of regulatory compliance for the road transport industry. He also has a wealth of international law expertise, including acting for operators in carriers’ liability (clandestine entrants) and vehicle seizure cases.

Known for his experience in commercial transport law, Anton is a member of the Freight Transport Association’s (FTA) Regional Freight Council and the International Road Transport Union’s (IRU) Legal Assistance Network. His work and expertise have regularly attracted praise from respected legal directories such as Chambers and Legal 500.

Anton has a regular column in the popular motoring magazine Auto Express, and frequently features in a large number of trade publications. He and his team also run a website, Keep Me On The Road, which provides a regular blog on motoring offences and road transport law, including any up and coming legislation.

When he is not working, Anton is a keen traveller and enjoys being outdoors.

See here for Anton's views on entering the legal profession.