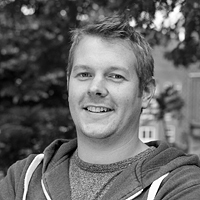 I initially arrived at Keele as an undergrad in 2005 enrolled on the (now-defunct) single honours Earth System Science degree programme. Within 2 years I transferred to the integrated Masters course; MGeoscience. I graduated in 2009. Later that year I was appointed to a dual role at Keele a Teaching Fellow (TF) in Geology and PhD student. I completed my PhD in 2014 and graduated the following year. My TF role grew until I was full-time and permanent. After a few years I translated onto a Lecturer (Education and Scholarship family) contract. I have recently completed an MA in Learning and Teaching in Higher Education.

Within my school I am the Director of Education and School Voice Champion and have held several other roles over the years. I sit on the Universities Standing Validation Panel and most recently a KIITE Fellow in Curriculum Design. Many of my scholarly interests have been shaped by the roles I have held or have dictated the roles to which I have been drawn. These interests include co-production and immersive learning. Examples of initiatives I have led include a school wide undergraduate research programme (the GGE-UROP) and an online peer reviewed journal which focuses on the publication of work and scholarly training of undergraduate and postgraduate students (The Student Journal of Natural Sciences). Other scholarly interests I have include flexible assessments, collaborative curriculum design and playful or gamified learning.

Throughout the duration of my fellowship with KIITE I hope to produce a body of scholarly material which showcases the excellent work being produced around the university in collaboration with, and by, KIITE and its members