Animal welfare: if you want cheap knitwear, it’s the sheep that may suffer

Secretly filmed footage of a group of sheep shearers working on a farm makes for shocking viewing. Animals are kicked, stamped on and punched in the face. The abuse, uncovered by an animal rights group, is difficult to watch.

Broadcast by Channel 4 News, the footage was filmed by PETA Asia during summer wool shearing, when teams of contractors are typically paid “per sheep sheared”.

It goes without saying that animal cruelty and mishandling is unethical, and sheep farmers are understandably keen to stress that the footage is not representative of British sheep farming practises. But beyond the indefensible actions of some individuals lies a wider issue. In low margin industries, such as wool, there are limited incentives to invest in people with a high level of skill – or respect for animals.

Consumer demand for cheap clothing is part of the problem. Apart from what is used for carpets, mattresses and one or two other artisan sectors of the industry, the generally low price of wool makes it hard for farmers to prioritise processes like shearing. To do so is neither profitable nor productive.

The market for wool is particularly stringent. What was once a thriving component of the sheep farming industry is now a mere byproduct of the more profitable lamb market. Yes, wool commodity prices have increased over the last decade and there have been some niche successes in, for example, rare breed wool such as Herdwick fleece from the UK’s Lake District.

But for many farmers, wool production provides only a small fraction of their overall income. In terms of the invested effort in cleaning, processing and packing shorn fleeces, it is almost certainly loss making.

The sheep shearing scandal revealed by PETA comes at a time when there has been a sharpening focus on animal welfare issues. There have been policy pledges made by the UK’s environment secretary, Michael Gove, to bring animals into the political spotlight, for example by prohibiting sales of puppies and kittens in pet shops.

But these pledges may do little to reassure a public that takes a serious interest in animal health and that has seen myriad recent “scandals” in relation to contamination (horse meat), disease (foot and mouth, BSE, bird flu) and the ethics of animal treatment.

Research shows that a large majority of people who work with animals do so because they find human-animal contact rewarding in some way. For some, it’s the prospect of improving the well-being of animals as a veterinary surgeon, or as a volunteer in a rescue shelter. For others, like farmers, the reward comes from interacting with animals as part of a particular way of life.

Even those employed in slaughterhouses and meat processing plants have been observed to display a generally unemotional “blankness” rather than outright violence when it comes to handling animals. It seems instead that acts of violence and cruelty are restricted to a minority, and research has shed light on the psychological links between animal violence and other forms of social dysfunction, such as domestic abuse. For most, animal work is either positively rewarding or routinely unemotional.

What is significant is that a minority of unregulated and probably unobserved individuals are allowed to engage in acts of cruelty that most would find repugnant and deeply upsetting. In the sheep farming industry, where farmers are working to tight profit margins in tough conditions, there is so little slack in the system that – at times like shearing – speed can be valued over other concerns.

It is this low margin, high speed culture which makes it more likely that self-employed contractors like shearing gangs will seek to cut corners or lose patience with their charges and react with violence.

There are no simple solutions to such problems. But continuing to expose and discuss animal cruelty is an important step in ensuring it remains on the agricultural and political agenda – and that it permeates the consciousness of consumers, too.

Consumer demand for wool is a driver of the price the farmer receives and, as the seasons change and magazine editors publicise jumpers and cardigans for the autumn and winter, now is a good time to raise awareness of the issue. 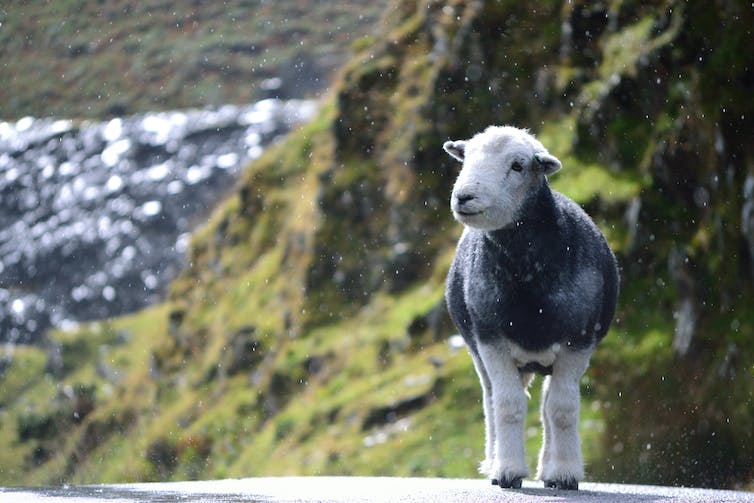 Greater regulation and surveillance is needed in the shearing industry to ensure rogue practitioners are prevented from finding work. Beyond that, however, sheep farmers also need to be able to secure greater returns for wool in order to maximise the care they take in its production. It needs to be worth their while to hire people who are paid fairly for the time they take to do the job well.

It can be done. In the UK, Herdwick sheep were once maligned for their particularly wiry wool. Their products have now been successfully rebranded as the breed’s longstanding connection to the beautiful Lake District has added a premium to their fleeces, now prized for their quality and durability in the production of mattresses, carpets and tweeds. Other farmers may well be able to follow their lead, providing greater opportunities for generating new value in this most ancient of commodities.