Geography, Geology and the Environment 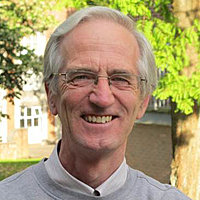 Dave Emley, recently retired from the School of Geography, Geology and the Environment at Keele, has been awarded the British Empire Medal in the New Year Honours list for services to higher education and natural history.

However, the most selfless thing about his involvement is that none of this is part of his job description. Dave has achieved everything by getting into work early every day for the past
two decades and using nearly every lunch hour, and undoubtedly many evenings, to tirelessly make his vision a reality.

Dave’s vast expertise is illustrated by the publication of four books, the most recent of which - Natural History of Keele University - was published as a 2nd Edition in 2016.

CONGRATULATIONS Dave, from all of us in GGE!!