Professor of Media and Communications Recent and momentous political events – for example, the EU referendum and election of President Donald Trump – have created an environment in which anti-Muslim prejudice has been legitimised, with the resulting rise in hate crimes (Tell MAMA, 2018). The mainstream media, which homogenises and then contrives Muslims as both a cultural and security threat, has contributed to this environment and exacerbated divisive politics. As I write this abstract, the editorial in a prominent UK broadsheet endorses the Government’s rejection of the definition of ‘Islamophobia’ proposed by the All-Party Parliamentary Group on British Muslims, in consultation with multiple Muslim organisations, on the grounds that it could undermine counterterrorism measures and restrict free speech. Meanwhile, a British tabloid reports on the abuse faced by teachers from ‘angry Muslim protests’ against the teaching of LGBT relationships in schools, which reinforces the idea of a cultural clash between a secular society and religious conservatism. These are ‘common’ media tropes about Muslims – that Muslims are extreme, driven by inherent and conservative beliefs, prohibitive, radicalised, and a problematic, suspect community – but not entirely ‘new’. This lecture will explore patterns in media representation of British Muslims from a longitudinal perspective, showing how dominant themes have played out in relation to significant stories and events, from the Rushdie Affair in 1989 to current representations of terrorism and, conversely, as victims of the far right. In a context where social media is used as a weapon to extend specific agendas through mediatised conflicts, this lecture will also examine the dynamics of hate speech online. In such an unsettling context, we might ask: What, if any, is the potential in social media offering counter-narratives about Muslims that may gain traction in the wider public sphere? 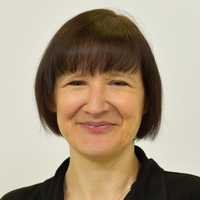 Professor Elizabeth Poole studied cultural studies at the University of Warwick and mass communications at University of Leicester. Since 2012, she has led the media programme at Keele, and developed and managed several undergraduate and postgraduate courses, including online programmes, at both Staffordshire and Keele Universities. As well as publishing widely on the media’s representation of Muslims, including three books, she has written about how news on Muslims is produced and understood by audiences. Prof. Poole has received three externally funded grants supporting projects on the representation of religion (AHRC/ESRC), Muslims in the European mediascape (Institute of Strategic Dialogue), and Islamophobic hate speech (British Academy).