Lisa Blower is an award-winning short story writer and novelist. She won The Guardian’s National Short Story competition in 2009, was shortlisted for the BBC National Short Story Award in 2013, has been Highly Commended and long-listed for the Bridport Prize for three consecutive years, and was one of just 4 UK authors long-listed for The Sunday Times Short Story Award 2018. Her work has appeared in The Guardian, Comma Press, The New Welsh Review, The Luminary, Short Story Sunday, and on Radio 4. Her debut short story collection ‘It’s Gone Dark over Bill’s Mother’s’ is out now with Myriad Editions. Her memoir ‘A Pear in a Tin of Peaches’ on growing up in Stoke on Trent is part of Unbound’s ‘Common People‘. ‌ 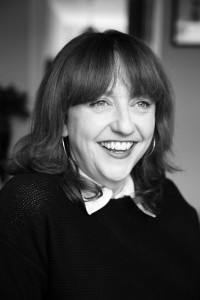 Lisa’s acclaimed debut novel ‘Sitting Ducks’ (Fair Acre Press) was shortlisted for the Arnold Bennett prize, and longlisted for The Guardian's Not the Booker 2016, The Rubery Award 2016 and The People’s Book Prize 2016. She has a PhD in Creative & Critical Writing (Bangor, 2011) and is working on her second novel Pondweed.