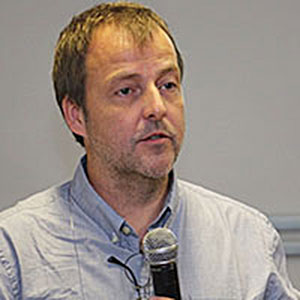 Prof. Frederic Tripet is a partner and field entomology technical coordinator on the Target Malaria consortium, a not-for-profit research consortium sponsored by the National Institutes for Health and the Bill and Melinda Gates Foundation that aims to develop new approaches to sterile male mosquito releases to reduce the population of malaria-transmitting mosquitoes in sub-Saharan Africa.

Arthropod-borne diseases are responsible for the death of millions of people per year. Research in my laboratory focuses on integrative biology of arthropods that transmit major human diseases. Our research projects combine studies in molecular ecology, ecological genomics, population genetics and behaviour in order to generate results of broad ecological importance that feed back on our understanding of vector population structure, pathogen transmission and vector control. We have ongoing projects and collaborations on Anopheles gambiae the vector of Malaria in Sub-Saharan Africa and Aedes aegypti and Aedes albopictus vectors of Dengue fever. Past projects include population genetic studies on Triatoma dimidiata vector of Chaga’s disease in Central America, and Sandflies vectors of Leishmaniasis in various parts of the world.

An important focus of our research since the late 1990s has been Mosquito Mating Behaviour. Why is it so relevant to vector control and disease transmission?

First, mosquito mating behaviours such as swarming and mate choice are key to our understanding of population structure and speciation in the Anopheles gambiae complex whose recently-diverged sibling species are responsible for the majority of transmission in Africa (Fig. 1 - Section I). Second, identifying mechanisms of mate recognition could lead to the development of new vector control approaches and is key to the production of competitive males for malaria control strategies relying on mosquito releases (Section II). Finally, interspecific reproductive interactions between mosquito species such those described between the Yellow fever and Tiger mosquitoes can be important determinants of their distribution, hence their vectorial importance (Section III).

Fig. 1 - The sibling species of the Anopheles gambiae complex are the main vectors of malaria in Sub-Saharan Africa and are responsible for hundred-thousands of deaths yearly in endemic regions

Mechanisms of conspecific mate recognition such as spatial swarm segregation and close range mate recognition mechanisms are particularly relevant to our understanding of speciation in the Anopheles gambiae complex. In collaboration with the Malaria Research and Training Centre in Bamako, Mali, we pioneered genetic analyses of sperm transferred to females in order to quantify pre-mating reproductive barriers in this species complex (Tripet et al. 2001-2003) (Fig. 2).

Fig. 2 - Novel molecular assays of sperm transferred to females have enabled studies of assortative mating and reproductive investment in An. gambiae 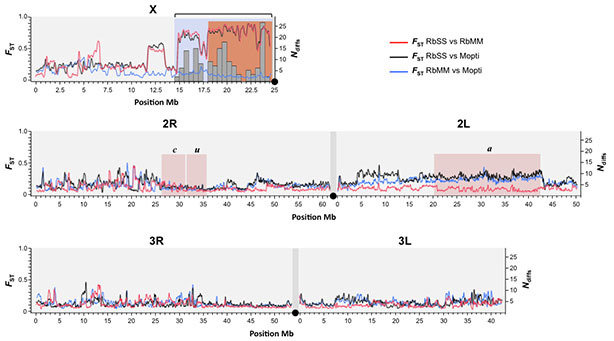 Fig. 3 - Genomic structure of recombinant strains - The genomes of the assortatively-mating RbMM, RbSS and parental Mopti strains were compared using FST estimates at ~3x106 SNP marker loci (left Y-axis and red, blue and black lines). The genomic region introgressed from Kisumu into the Mopti genetic background and differing between the RbMM and RbSS recombinant strains is characterized by high FST values (blue shade) and extends from position ~14.5Mb to the centromere on chromosome X. The RbMM and RbSS differed at 160 protein-changing positions all of which located within the introgressed island and flanking region (right Y-axis, grey histogram bars). The pericentromeric region sharing conserved fixed differences with the field Anopheles coluzzii and gambiae s.s populations starts at position ~18.1Mb (orange shade). The position of inversions c, u and a on chromosome 2 is indicated (pink shade).

The reproductive phenotype of mass-produced males for mosquito release strategies is key to the success and cost-effectiveness of such approaches (Diabate and Tripet 2015). Thanks to a Wellcome Trust Programme grant and a collaboration with other CAEP members and the Malaria Research Training Center in Bamako, Mali and, we were able to investigate the impact of genetic transformation, colonization and laboratory rearing on the male reproductive phenotype, leading to suggestions for improved breeding schemes (Patton et al. 2013ab, Baeshen et al. 2014, Ekechukwu et al. 2015). How the release of maladapted strains could potentially drive behavioural shifts in natural populations is being investigated through in-silico simulations studies (Fig. 4).

Through molecular detection of interspecific sperm in field-collected females and a collaboration with the Florida Medical Entomology Laboratory, we established the possible role of mating behaviour in competitive displacement of the Yellow fever mosquito Aedes aegypti by the Tiger mosquito Aedes albopictus in the USA (Tripet et al. 2011). This work now focuses on mosquito population in South-East Asia in collaboration with the Vector Control Unit, University Sains Malaysia in Penang.

- Population genetics studies aimed at understanding the population structure and dispersal between the sylvatic, peri-domestic and domestic habitats of kissing bugs, Triatomina dimidiata, the vector of Trypanosoma cruzii in the Yucatan, Mexico (with Immunologist Dr. Eric Dumonteil, University of the Yucatan, Merida, Mexico).

- Population structure and taxonomy of phlebotominae in the Soudan (with Noteila Khalid, University of Khartoum and Dr. Dia Elnaiem, National Institutes of Health, USA) 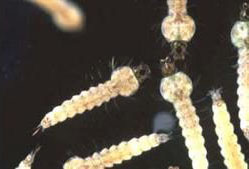