An image of a mosquito pupa taken from a recent paper by Prof. Eggleston and colleagues was chosen by the Medical Research Council as their Biomedical Photo of the Day for World Malaria Day (April 25th).

The chosen image, of a mosquito pupa expressing a fluorescent marker, is shown below: 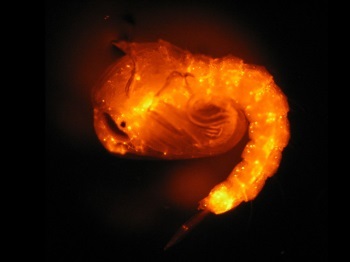