Following her success in 2012 securing both a 3-year project grant from the BBSRC and a 1-year New Investigator grant from the MRC, Dr Catherine Merrick has been awarded a further MRC grant to continue her pilot study of "Virulence gene dynamics in the human malaria parasite".

Dr Merrick is a Lecturer in the School of Life Sciences and an Early-Career Researcher in Keele's Institute for Science and Technology in Medicine (ISTM).

This funding (2.5 years, £268,069) will allow her to investigate the role of unusual non-helix DNA structures in controlling the expression of key virulence genes that are implicated in severe malaria.  The grant will support postdoctoral researcher Dr Lynne Harris, and Catherine has now secured sufficient support for her own post to enable her to commit 70% of her time to research until summer 2016. 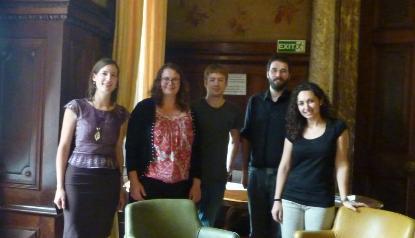