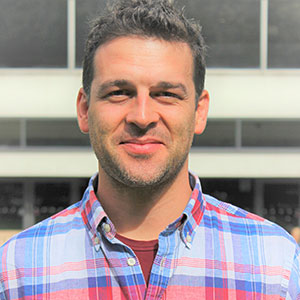 Only female mosquitoes pass on diseases like malaria - a predominantly rural disease afflicting vast regions of Africa which is difficult to eradicate using current methods. Vector biologist, Dr Roberto Galizi, who recently joined CAEP at Keele University, has co-authored research to demonstrate that particular genetic modifications of male mosquitoes can, within a few generations, bring about the collapse of caged wild-type mosquito populations1.

Previous work led by Dr Galizi and colleagues at Imperial College Londondescribed for the first time a method to introduce into the genome of the Anopheles gambiae mosquito a nuclease enzyme designed to cut through several sites on the X chromosome of sperm cells. This caused the X chromosome to fragment and to bring about fertilisation of the female oocytes mainly by sperm carrying the unimpaired, male sex-determining, Y chromosome. This produced a synthetic sex ratio distortion system where the modified males are able to generate over 95% male offspring instead of the normally expected 50%2.

The new developments of this technology, published in Nature Biotechnology1, show that it was possible to propagate these genetic modifications through caged mosquito populations in the laboratory to generate male-only progenies thereby leading to their suppression in a few generations due to the lack of female mosquitoes. The researchers also highlight that further experiments will be necessary before considering releasing the modified insects in the wild. Dr Galizi believes that these findings support the great potentials of such genetic control methods to help eradicate malaria and other lethal vector-borne diseases by targeting the few insect vector species.