An APPLE (traditional English variety) planted in the Memorial Garden in his memory by a group of his Keele friends. A plaque reads : In memory of ROB BROWN (1971) died 14.11.2013 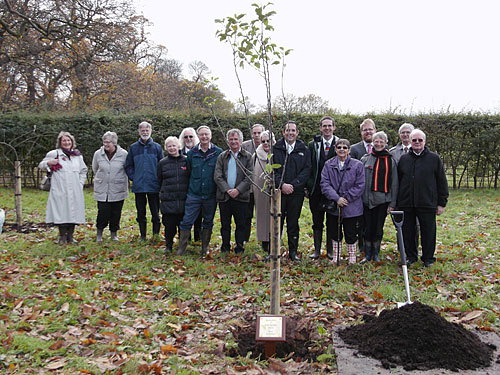 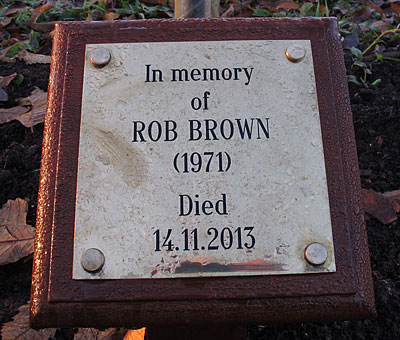 John Davnall writes: "The day was fine and Keele's trees still had some of their fine autumnal colours - just as they did when we returned each year after the Summer Vac. Some of us had not seen each other since graduation 43 years ago so there was much catching up to do. It certainly paid to sit down together for a lunch - so very different to the Horwood Refectory fare of the 1960s - because it encouraged the conversation to expand from the immediate object of the day. Pam Walker's and John Curphey's trees are, fittingly because they were Rob's friends too, planted close to his...."

Rob joined the Education Branch of the RAF on leaving Keele. Subsequently he taught in schools in Ipswich and Hailsham and gave distinguished service in a supervisory role with the ATS. His move into partial retirement was cut short by cancer discovered too late for effective treatment and he died at home.