A Claret  Ash Fraxinus angustifolia 'Raywood' planted in his memory on 23rd January 2012. 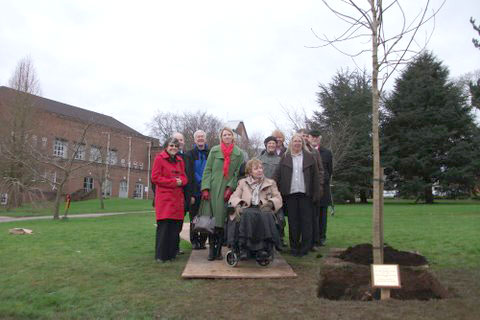 The tree planting was attended by his widow Sue and daughter Helena and many of Sue’s and Richard’s Keele friends and contemporaries.

RIP 2008 Richard died Saturday 22nd November after a short illness in hospital in West Yorkshire near his home in Brighouse. Though ill for some years (with MND) he still taught two or three days a week at Bradford College in the Business School (now part of Leeds University) having after many years of hard work completed his PhD at York in 2006. He is survived by his wife Sue Kunc nee Hamlett (also 1971 Maths and Psychology) and his two grown-up children Helena and Oliver. 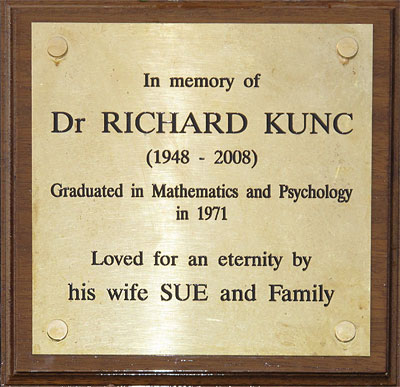 Daily Telegraph November 26th 2008: KUNC. Richard Vasek, died peacefully on November 22nd, aged 59, after a courageous fight. Devoted and beloved husband of Susan, cherished father of Helena and Oliver and dear father-in-law of Leo and Ruth, much loved brother of Kristina and adoring grandfather of Arthur and Dorothy. A kind and noble gentleman.

The tree is situated between the Walter Moberly Hall and Tawney Building Square M7; compartment 44d.