An Atlantic Cedar Cedrus atlantica, planted by friends in her memory in February 2008 alongside Lake 1. 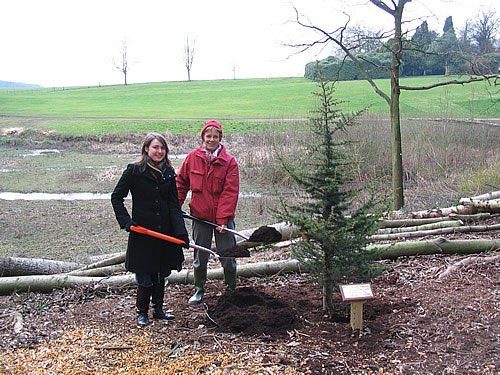 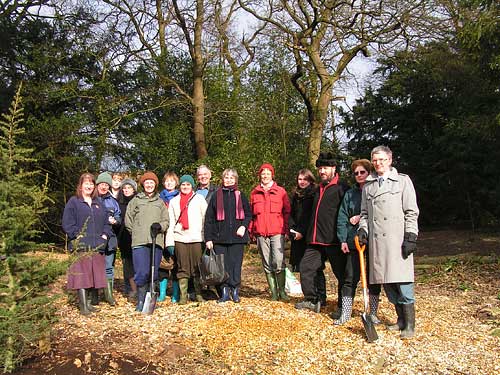 A plaque reads "For Rachel Parker, Keele 1974, died 2007. From her undergraduate friends." 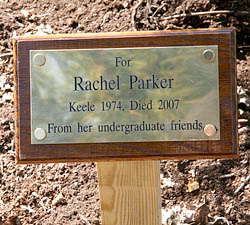