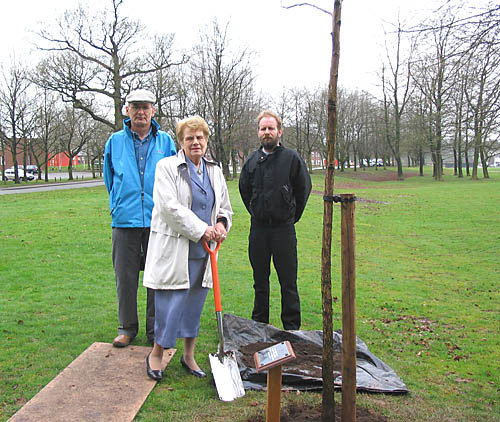 (This appreciation is based on the two addresses given by Chris Hawksley and Chris Harrison at Neil's funeral in the University Chapel on 24th January, 2005.) 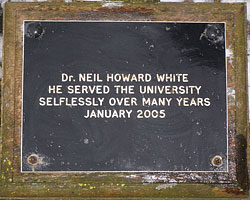 Sensitive, thoughtful, reliable, caring, terrible taste in blue suits. These are words I have been hearing over the last week to describe Neil. I will remember him personally as a faithful colleague and friend who always had a positive outlook on life, even to the end. An extremely intelligent academic. A first-rate teacher. We will forgive him the powder blue suits.

Neil came into the Department of Computer Science in October 1975 as a young PhD student; later became a computing assistant and then a lecturer in 1980. He was a gifted programmer, one of those rare people capable of putting serious software applications together single-handedly. In the 1980's he wrote the baseline implementation for Keele Codes - a world-class data compression algorithm invented at Keele which was several decades ahead of its time. I am not alone in being grateful for his help on many an occasion in getting me out of programming problems.

A colleague has reminded me of another story which also illustrates Neil's dedication to his teaching. When the department started to teach the Pascal language on the GEC 4190 computer installed in the Computer Centre, the GEC compiler didn't exactly match up with the text book Neil wanted to use. Now some of us might look for another textbook at this point, or just live with the differences. But not Neil, who took the novel step of writing a new compiler - a daunting task to most of us - and he didn't stop there, but went on to build a runtime diagnostic system geared to the course he was teaching. A quality package, his compiler and runtime system was also subsequently taken up by University College London.

Neil was committed to his job and Keele was a major part of his life. In the almost thirty years I have known him he has set himself high standards in teaching and generations of students remember him warmly.

But he made many other contributions within and beyond the University.

Almost as soon as he arrived at Keele in 1975, he became a Resident Tutor in Lindsay under Patrick Day. He was a tireless defender of his students. Regardless of how feckless or plain wicked they had been, Neil always found an excuse for them. I don't believe he ever fined any of them! It was during Neil's time in Lindsay that their summer balls rivalled the Hawthorns for the lavishness of the entertainment and the cheapness of the tickets. He was later Deputy Warden of Barnes Hall under David McNaughton where he continued his service to the resident students.

We can never know what impact he had on his students - Neil never spoke of his counselling - but one can say from the numerous messages already received from former students that he was much liked and appreciated by many of them.

What else did he do for students? Well it may come as a surprise to some of you to learn that Neil was a hang-glider pilot, and ran the student hang-gliding club for a number of years. It was from that period of his life that he became known as Wingy! The thought of Neil flinging himself off some edge in the Derbyshire hills still brings me out in a cold sweat, but he loved it.

When physical sports became less possible he took up crib and pool. He was probably the best crib player the Sneyd Arms team ever had and he was instrumental in founding and running the Madeley and Keele District Pool League for a number of years.

One perhaps surprising sporting interest of Neil's was his love-affair with bull fighting. Of course, as a Guardian-reading left-wing socialist he was against bull fighting on principle, but as a scientist he knew he should see at least one fight before condemning it out of hand. He went only to have a Damascene conversion. It changed his life. In order to keep up with the latest bull fighting news, not much carried in the sporting pages of the UK national papers, Neil determined to learn Spanish. In one year he passed his GCSE and the following year his A Level in Spanish.

Which brings me to Neil's cultural interests. He became obsessed with what I would call light opera. Somehow or other he discovered the show Les Miserables and for a number of years went to it three or four times a year, always trying to entice friends and family to join him.

He was also a Director of the Newcastle-under-Lyme Canal Company, which we acquired to save the records. So in his limited way, Neil was even a bit of an historian. His interest in canals came from the annual canal boat trip which he took with friends from the University. He knew the canal system of the Midlands and beyond better than most.

Perhaps his most long-term contribution to the local community was his active support for the local Labour Party. Each general election found Neil leafleting and canvassing for Labour, and he was active in his local ward. He was never a strident political animal, but his political beliefs were a very important part of his belief system.

Which brings me to Neil the man. He was a man a firm convictions, yet always diffident in imposing those beliefs on others. Nevertheless, one knew where one was with Neil. At the same time he was a natural ally and supporter of the weak and the feckless. He was if anything too trusting, but he always saw the good, not the bad, in others.

Since Neil's death I have been overwhelmed by the degree of affection for Neil which people from so many walks of life have revealed to me. He was much loved by many people. As one person said to me only yesterday - `Neil was a kind and gentle man, always ready to help others'. There can be no better epitaph, and so we can say in all honesty 'Thank God for Neil. Thank God for All'.

A few remarks sent in by former pupils and colleagues from all over the world follow (dates of study in brackets):

"I remember him as an exceptionally thoughtful intelligent man, who devoted a lot of time to helping me through the computer science course, very sad news indeed."

"I had particular fondness for him as he was one of those tutors who seemed to genuinely care for all his students, and went out of his way to help despite the fact he knew I was changing courses. I used to see him about a fair bit outside of office hours, and he was always a gentleman then as well. I never met anyone who had a bad word for him. - a thoroughly nice bloke whose genuine nature and sensitivity was immediately obvious to all that encountered him."

"He used to take an active part in the Students' Union. At that time he wore a slightly unusual pair of oval-shaped glasses. I remember at one of the fancy dress balls he actually hired a batman costume, but was instantly recognisable because of the glasses."

"Neil was one of life's really pleasant guys who had no harm in him to others; fair-minded and gentle, his untimely yet slow demise saddens me greatly."

"How sad that he is gone. I fondly remember his lectures on fundamentals of computer science among others. He always got very excited about it. He sort of lit up and took on a new personality. No one else could make a piece of computer hardware seem so exciting. He was always happy to sit and chat at the Hawthorne and that 'place in Keele village' can't remember the name. His office was always open."