Common Yew Taxus baccata and Golden Irish Yew Taxus baccata 'Fastigiata Aurea' planted in 1985 as part of the restored Victorian parterre by Keele Hall in her memory and in recognition of her contribution to Keele. She died in 1981/82. Photograph taken in 2008. 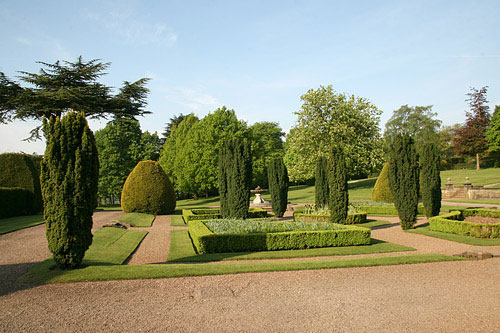 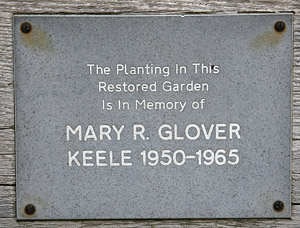