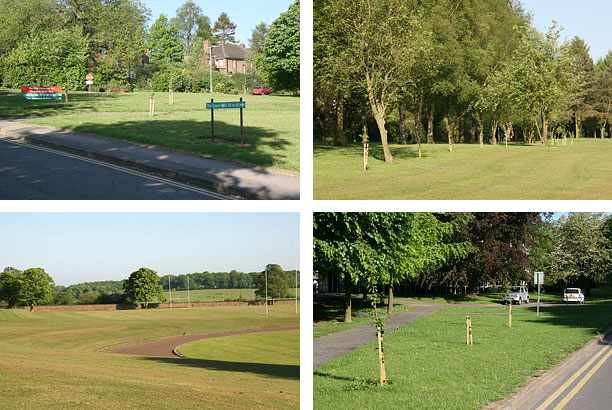 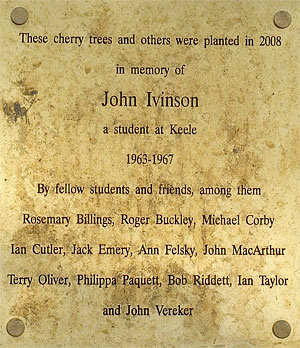 80 varieties of Flowering Cherry have been planted at sites around the campus. These have been funded by Keele Alumni in his memory.

The photographs above show some of the locations for the cherries including the sportsfield where the trees are planted along the perimeter wall.

These trees, together with those purchased earlier and with another 40 being grown at a nursery, will give Keele a collection of national importance. Many of the varieties are rare and cannot be seen elsewhere.