A Flowering Cherry Prunus x yedoensis 'Anouck' was dedicated to his memory on September 30th 2017 by his three children Rachel, Rosalind and William; and by his wife Sheila (nee Hurst) who was a student at Keele from 1955 to 1959. The inscription on the plaque reads "'Loveliest of trees, the cherry now Is hung with bloom along the bough, And stands about the woodland ride Wearing white for Eastertide’ A.E.Houseman. In memory of Professor Frank W. Bealey (1922-2013) Senior Lecturer in Politics 1952 -1964. A Founder Member of Keele University". 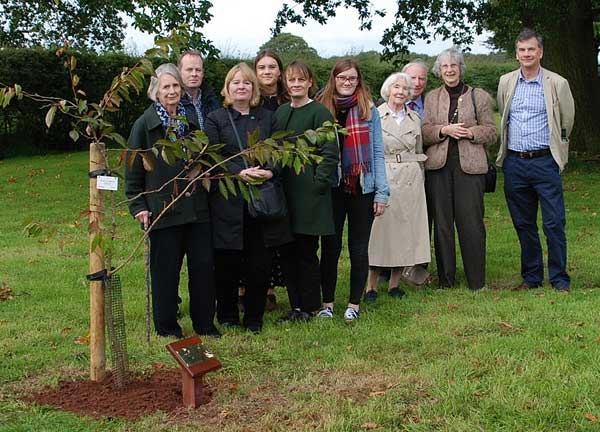 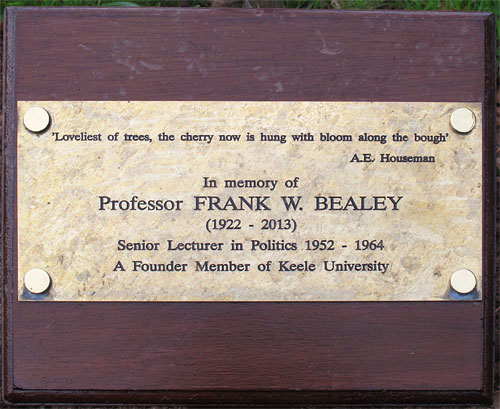