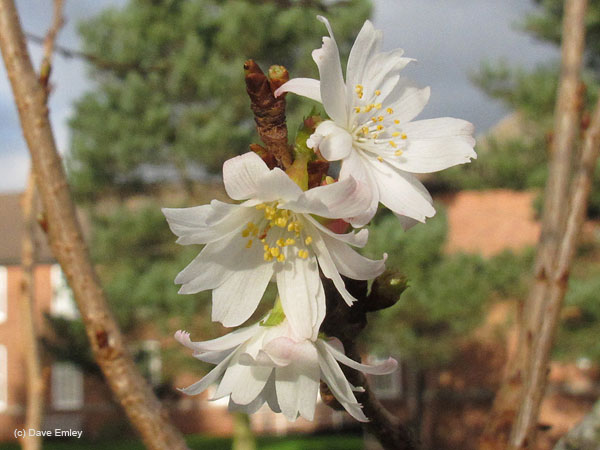 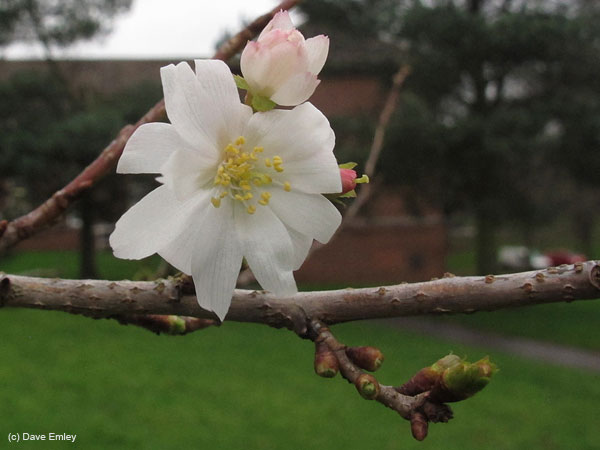 A cultivar of the Wild Spring Cherry P. subhirtella which itself has been grown for centuries in Japan but only introduced to Britain in 1894. This is a popular variety, introduced in 1901. The flowers are white, semi double (pink in bud) and about 20mm across. They are produced sparingly on bare branches from November and continue through to March. A second flush is then produced in April as the leaves start to emerge. The leaves are red or orange in the autumn.

It has a rather open and upright habit, growing to 10m with a spread of 8m. It is one of the best-known autumn flowering cherries.