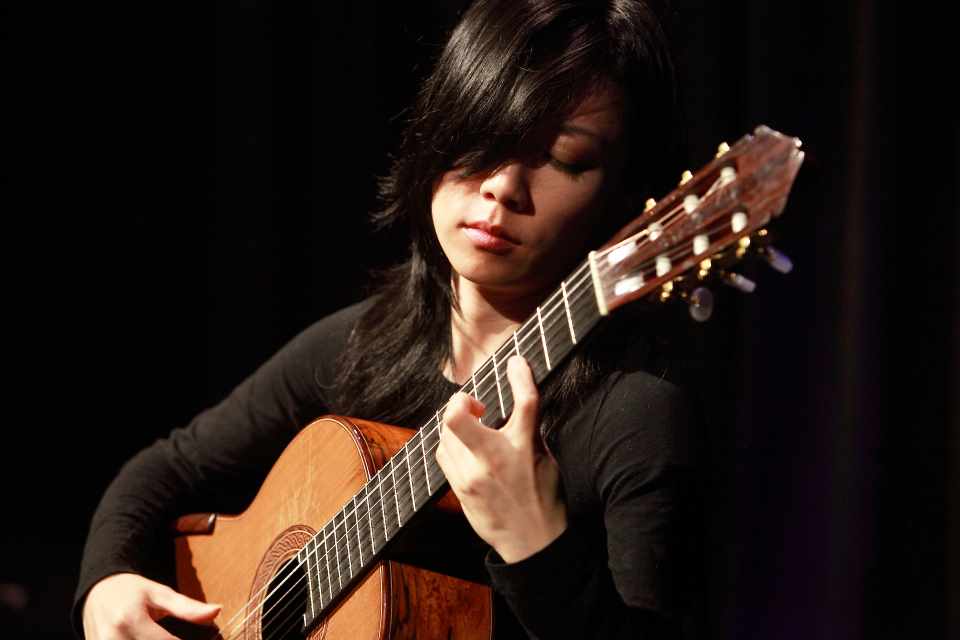 Xuefei Yang is acclaimed as one of the world’s finest classical guitarists. Hailed as a musical pioneer, her fascinating journey began after the Cultural Revolution, a period where Western musical instruments and music were banned. Fei was the first-ever guitarist in China to enter a music school and became the first internationally recognised Chinese guitarist on the world stage.

Fei is one of the few guitarists whose artistry connects with audiences far beyond the guitar fraternity. Her international success has led her to be invited to play in more than 50 countries at numerous prestigious venues and is frequently invited to play with the world’s leading orchestras, and collaborate with artists such as Ian Bostridge, Rosalind Plowright, Sir James Galway.

Gramophone magazine praised her as one of the leading innovators of her generation for continuing to build the guitar repertoire.